Corns and Calluses on feet

Corns and calluses can be painful and unsightly, but they are nothing to worry about and, in most cases, are simple to remove or manage. This article explains what causes them, how best to remove them, and how to prevent them from forming in the future.

What are corns and calluses?

Corns and calluses are hard or thick areas of skin that develop when your skin tries to protect itself against friction and pressure. Neither are dangerous, but they can cause irritation. They're quite common, and tend to affect women more than men. Despite the terms being used interchangeably, corns and calluses are not the same and are often confused with one another.

Corns have a hard core that reaches the deeper, sensitive skin structures and are painful when pressed. The most painful form of corn is the type where the corn becomes entwined with the nerves of the skin.


Corns are most common on the outside of toes or on the side of a bunion – the areas that experience most rubbing from shoes – but can also appear on the soles of feet. They tend to be white/grey or yellow/brown in colour, depending on your skin type. Symptoms include pain and swelling around the corn and discomfort with direct pressure when walking.

Corns mostly appear on toes due to pressure

Calluses are hard, tough and thick sections of skin that can develop into a raised lump, often forming on the feet in weight-bearing areas like the balls of your foot. You can also get calluses on your hands, elbows, knees and any other areas which undergo friction or pressure. Calluses are usually larger than corns and vary in size.


They are normally yellowish or pale in colour, and can have flaky, dry skin around them. Pressure and friction endured by your feet or hands can lead to the development of discoloured skin which can become calluses. This thickened skin often appears pale or yellow because the skin is harder than normal, soft skin, giving it its yellowish appearance. 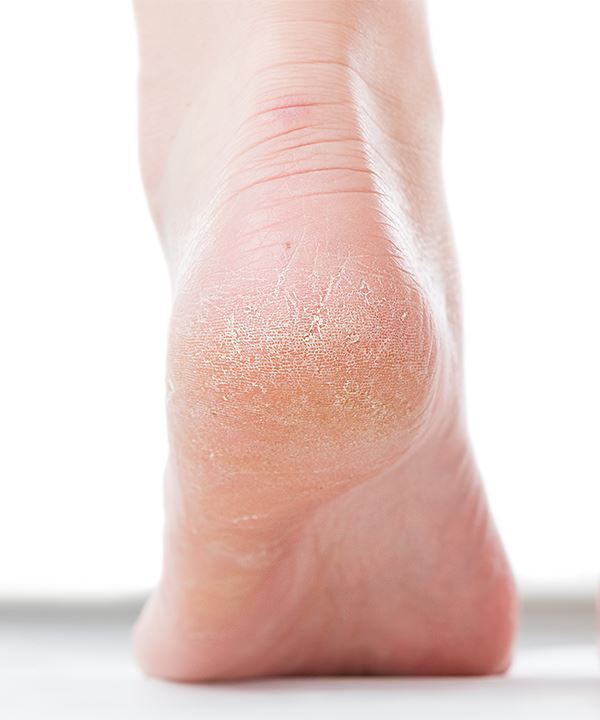 Calluses are common on the soles of feet

Do corns and calluses hurt?

Normally, calluses and corns are not painful, but they can become infected if not properly treated. Certain conditions can make it more likely that you will experience painful calluses, infections or ulcerations of the skin, such as diabetes, poor circulation, fragile skin and nerve issues. If you have a painful callus or corn, you should seek medical attention. Do not try to remove the corn or callus yourself using a razor or any other sharp instrument, as this could cause infection.
Back to top

What is the difference between a corn and a wart?

Corns and warts look similar but have different causes. A corn is caused by pressure, a wart is caused by a viral infection. The way they cause discomfort is also different. Corns cause pain when you push them whereas warts are more painful when you squeeze them.

What causes corns and calluses?

When your feet have to endure pressure or friction, the epidermis thickens the stratum corneum to protect itself from injury. As a result, hardened, calloused skin is formed.


If the pressure persists, especially in a specific spot, the calloused skin can form a corn with a hard core that reaches the deeper, sensitive skin structures and thus causes pain. This core is often called the 'root' of the corn.


Though they usually appear on the outside of toes, corns can also occur at the sole of the foot or between the toes. This is where the skin is moist from sweat or inadequate drying, causing these 'soft corns'. 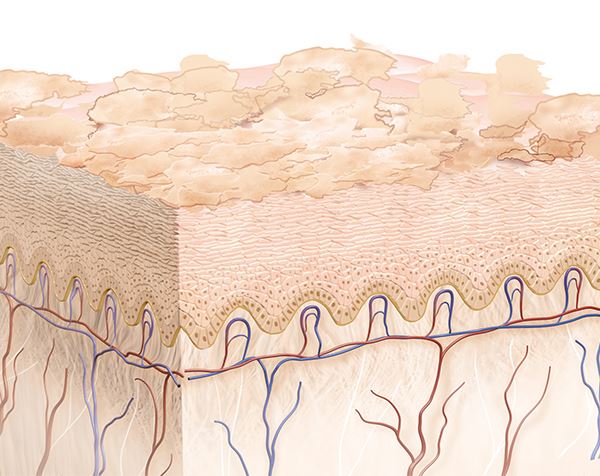 Callused skin is caused by a thickening of the stratum corneum 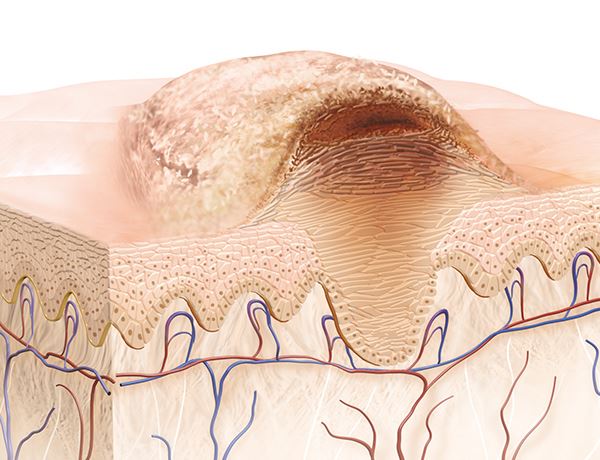 Common causes of corns and calluses

Although it’s normal to have calluses and corns every so often, sometimes these are caused by certain factors that can be eliminated to prevent further corns and calloused skin forming:

There are three simple steps to the perfect soft feet routine. Repeat this foot care routine at home regularly to soften hard, tough, dry skin on your feet and effectively remove calluses.
For 15-20 minutes, soak your feet in warm water to soften the skin, in particular the areas of hard, calloused skin. Use a gentle cleanser to wash the skin then pat your feet dry.
Gently exfoliate your feet in circular motions, paying special attention to any hard skin or calluses. Leave the scrub on for a minute then rinse off with water and pat your feet dry.
Finally, moisturise your feet twice a day using a footcare product that contains Urea, which is proven to be effective at preventing and reducing instances of dry and calloused skin.
Back to top

How to get rid of corns

For most people, the three simple steps below help to relieve discomfort and remove corns. If they don’t work for you, consult your doctor for advice.
Clean the affected area and then apply a plaster that contains salicylic acid such as the Elastoplast Callous Plaster, or alternatively the Elastoplast Fabric Plaster. These easy-to-apply strips protect the corn, stop further pressure and relieve pain. Leave it to work and replace the plaster after two days.
After three or four days, the now softened corn can be removed in a warm salt or soap water bath, using a pumice stone to rub away the corn. Don’t try to remove the corn with sharp objects such as a razor blade or knife.

Once the corn is removed moisturising your feet regularly will strengthen your skin barrier and reduce the chance of corns reforming.

When to see a doctor

If you suffer from diabetes or peripheral arterial disease, or have fragile skin, you should seek medical advice before trying home treatment. You should also speak to a doctor if your corn shows signs of infection, such as pus or drainage, severe pain, swelling or redness. On rare occasions your physician may recommend surgery if there is an underlying problem with the bone structure.
Back to top

Prevention is always better than having to cure. Keeping your feet in good condition is the best way to prevent corn and calluses from forming, so the following approaches may help: 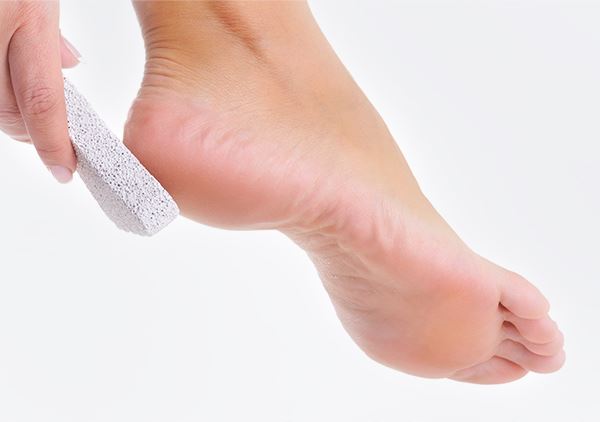 We are using tools to analyse our users’ behaviour in order to optimise our website. You can object to this at any time here.

By clicking on OK, we are using cross-website tools to provide you individual information for marketing purposes via partners also beyond our website. These enable personalised online advertisements and extended analysis and evaluation options regarding the target group and user behaviour. You also agree that the data may also be transferred to third countries outside the European Economic Area without an adequate level of data protection (esp. USA). It is possible that authorities may access the data without any legal remedy. You can withdraw your consent at any time with future effect here.